“All musicians are subconsciously mathematicians” – Monk


Music Blocks is a collection of manipulative tools for exploring fundamental musical concepts in an integrative and fun way. 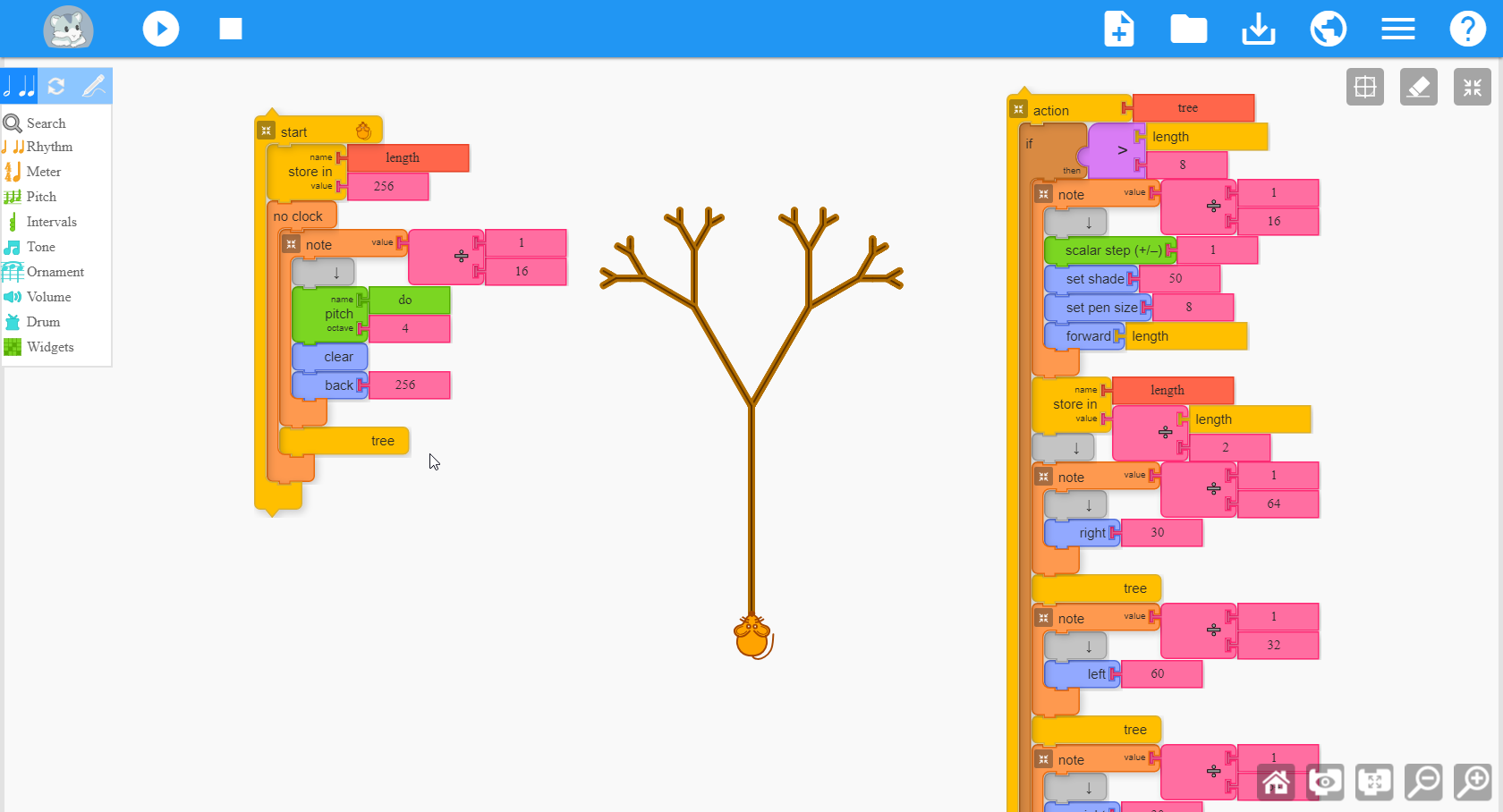 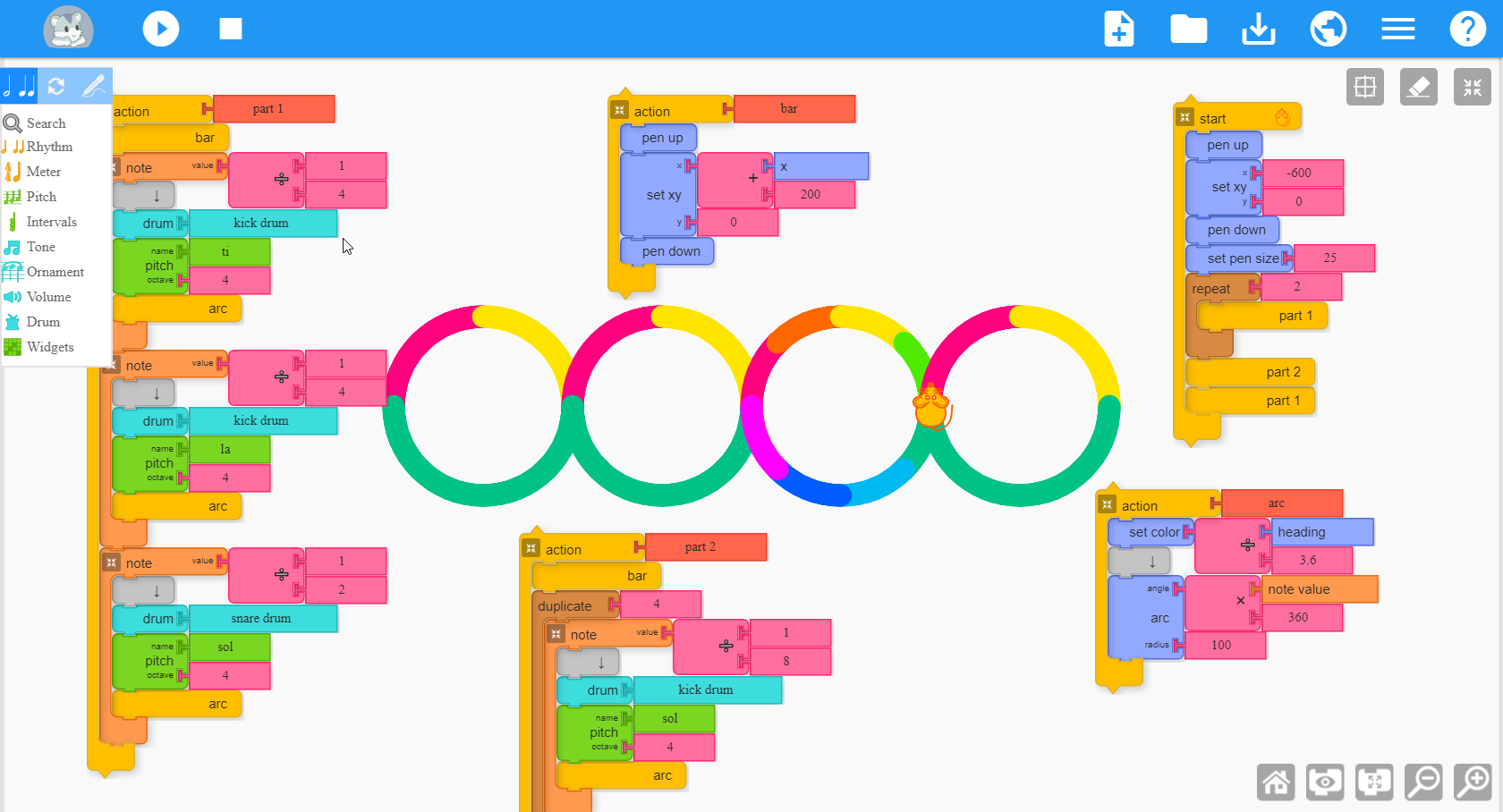 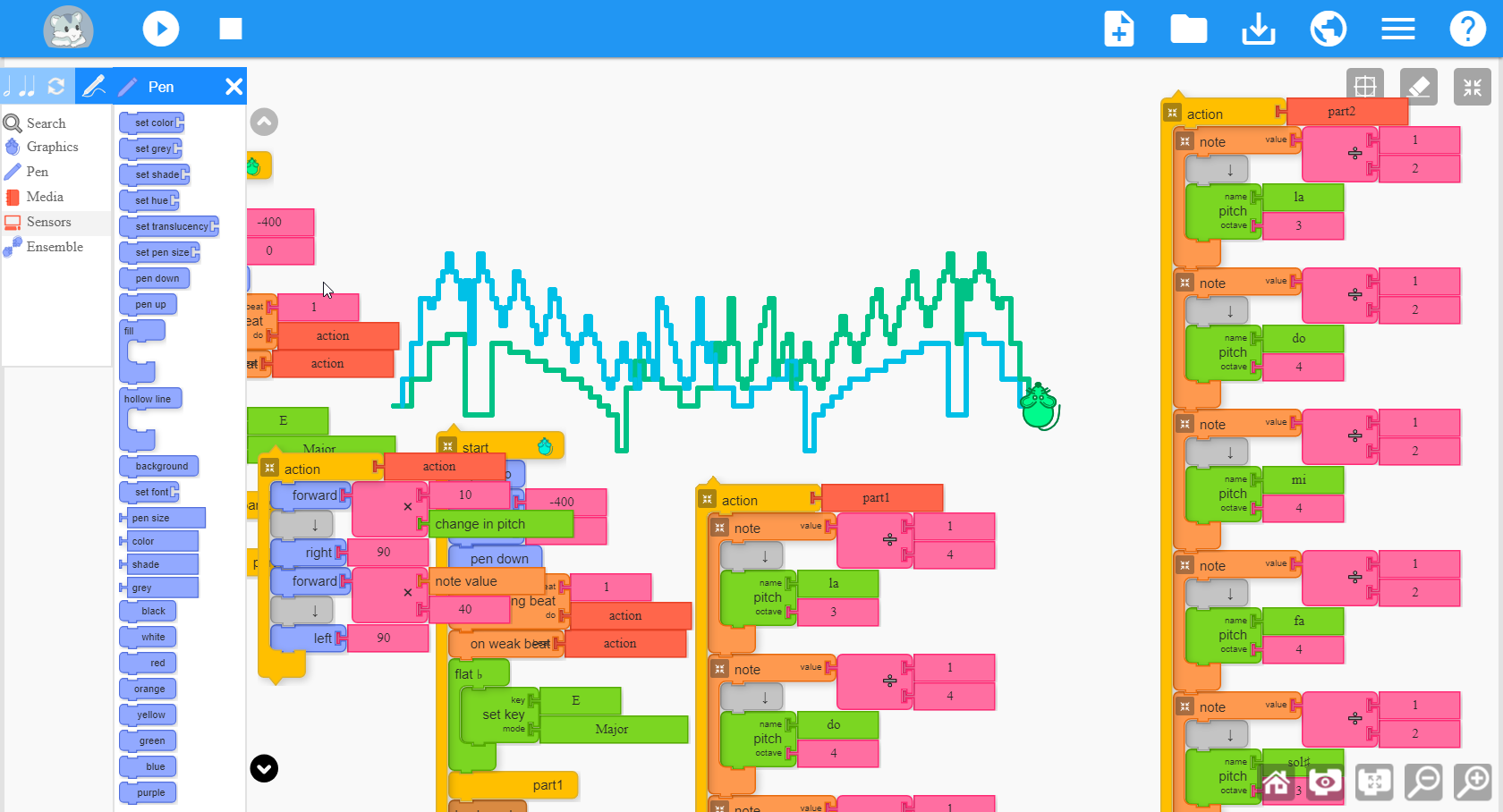 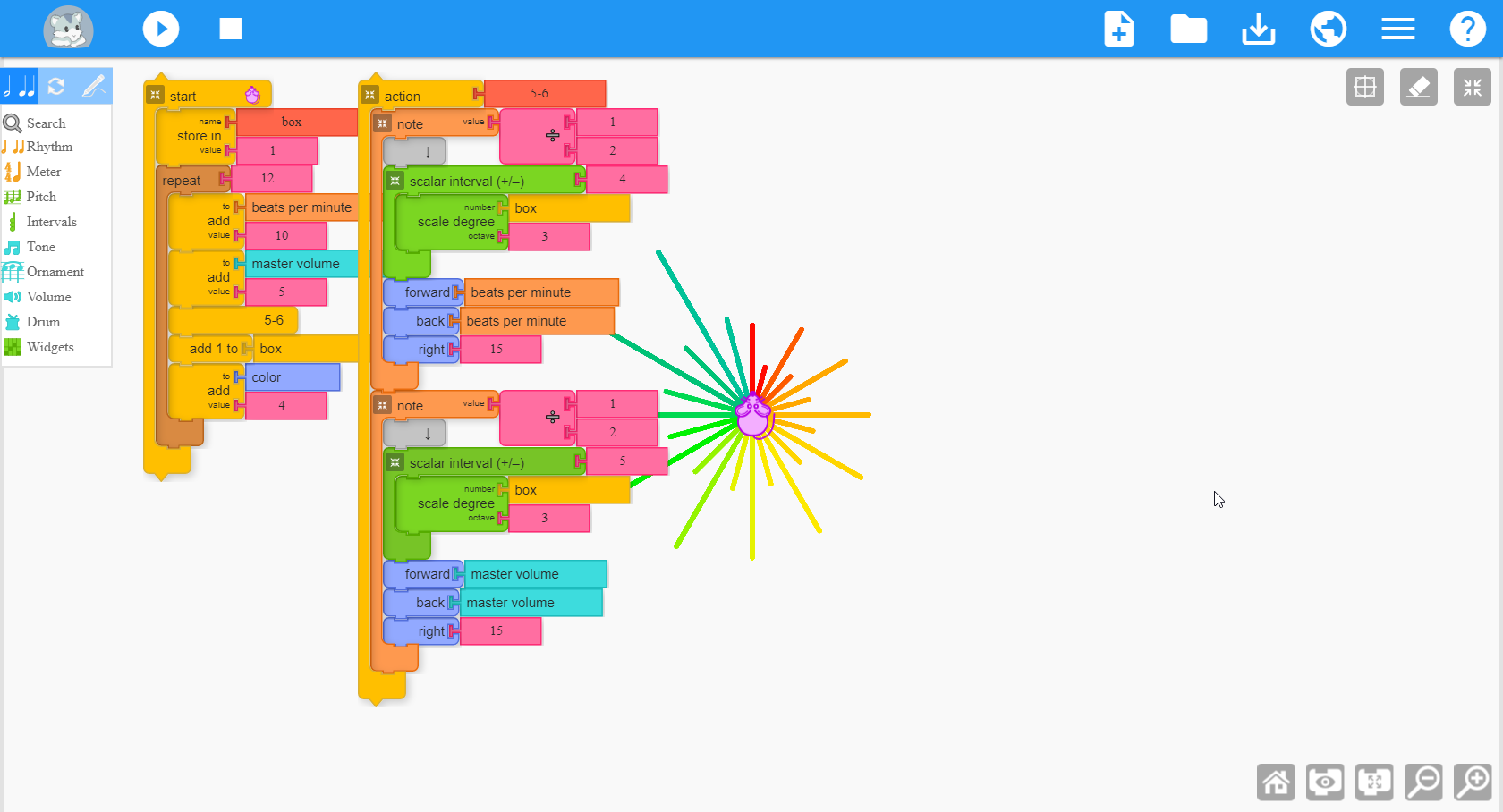 Music Blocks is designed to run in the browser. It is derived from Turtle Blocks JS which can be found here. You can run the software locally from the index.html file, from the GitHub repository, or by setting up a local server.

If you want to run Music Blocks offline, download this repo and point your browser to the index.html file found in the musicblocks directory on your local file system.

Music Blocks is a fork of TurtleArtJS created by Walter Bender. (Turtle Blocks JS has many contributors).


Devin Ulibarri has contributed functional and user-interface designs. Many of his contributions were inspired by the music education ideas, representations and practices (e.g. aspects of matrix, musical cups) developed and published by Dr. Lawrence Scripp with whom Devin studied at New England Conservatory and for whom he worked at Affron Scripp & Associates, LLC.


Center for Music and the Arts in Education (CMAIE)


Some of the graphics were contributed by Chie Yasuda.


Much of the initial coding of the fork from Turtle Blocks was done by Yash Khandelwal as part of Google Summer of Code (GSoC) 2015. Hemant Kasat contributed to additional widgets as part of GSoC 2016. Additional contributions are being made by Tayba Wasim, Dinuka Tharangi Jayaweera, Prachi Agrawal, Cristina Del Puerto, and Hrishi Patel as part of GSoC 2017. During GSoC 2018, Riya Lohia developed a Temperament Widget. Ritwik Abhishek added a keyboard widget and a pitch-tracking widget.

Bugs can be reported in the Sugar Labs bug tracker or in the issues section of this repository.